After attending the public meeting with SAFER in Chichee about vineyards for sale, feeling still completely blind and rather disorientated, we headed off to look over the areas that had been discussed at the meeting, trying to determine which vineyards were the ones up for sale.

After thoroughly wasting our time, but managing to settle our nerves, we got home to discover a message had been left for us to phone SAFER. Zing, the nerves came right back.

We were asked to come in to their offices for a meeting and that there was some paperwork to sign. What?!?!? We went into their offices, with rather a lot of trepidation and an underlying excitement, to find out what was in store for us.

First and foremost, the most amazing thing… we were being offered the opportunity to buy a vineyard. Our biggest hope was for a vineyard in Épineuil, an area to the north of Chablis from which excellent, though limited, wines were coming. However, it appeared this was not to be. That one had been offered to one of those sitting next to us at the Chichee meeting. Instead, we were offered land and a vineyard in Tonnerre, north of Chablis, south of Épineuil, and with a Burgundy AOC (which meant we could sell wine under this heading, increasing its value). Wow.

It also appeared we were meant to have picked up paperwork prior to the meeting, that had given all the details of those vineyards that were up for sale ~ I supposed thus giving the opportunity to go and see the properties and really determine if one was interested in them. But as we seemed to be doing everything arse-backwards, why stop now.

We were given the paperwork and told to go and look at the land, and if we liked it, we had to let them know by Monday (this being Friday) that we wished to buy it, and then pay a 10% non-refundable deposit in 10 days time from Monday to secure it. Double wow, with a few expletives. So, rather in shock, we toddled off to Tonnerre to view 7.5 hectares of land, with 1.3 planted in vines. 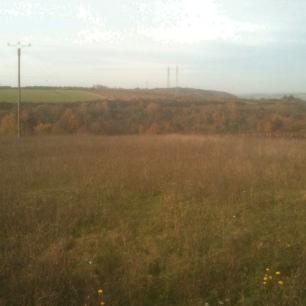 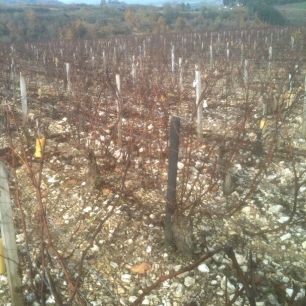 The 1.3 hectares of vines already planted. Read more about Our Wine 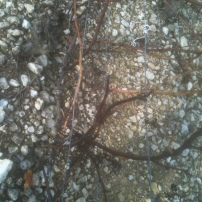 The chardonnay vines of the vineyard. Read more about Our Wine 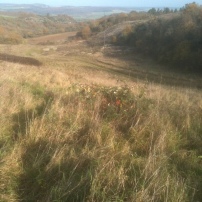 The land formed a cirque, with a small quarry in the centre 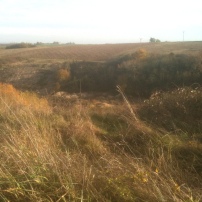 looking south-west toward the vineyard – all the land in view was on offer. Read more about Our Wine

The land was vast and horse-shoe shaped, on a cirque with a small quarry at its centre. If one stood at the top curve of the horse-shoe the vines already planted were at the foot of the right end. There was good land above it for additional planting, as well as good, south facing land for planting down the left side of the foot, though very very steep.  We could see lots of potential and future, even a a possible Winery built into the quarry.

We agreed at this stage we had nothing to lose, so we notified SAFER on the Monday that we were interested rather than lose the potential opportunity. Then we sat down to really think it through. We started crunching numbers, working on a business plan, and discussing various options, in particular funding, between ourselves and others. The numbers, in the end, for us did not want to add up.

We had originally been looking for a small vineyard, something in the region of 1.5 hectares, and with a price tag to match, so this project first of all was way beyond our initial concept of size and cost at 75K. And because only 1/4 was planted, with much of the rest needing planting, there was the additional costs of the vines and the specialist equipment needed because of the steepness of the land, amongst other things. Suddenly the cost wasn’t 75K it was 140K, with almost no return for 5 years (as it takes 3-5 years for vines to come into fruition).

It was very much a doable long-term project, but we decided it was not for us at this stage of our journey. With heavy hearts we had to turn down our first chance to  pursue our dream.  We felt like we had been offered a celebratory vintage champagne and then the glass had broken before we had the opportunity of our first sip.